This small, low-lying country in the northwest of Europe is bordered by Germany, Belgium, and the North Sea. With a total area of 42,437 square kilometres, the Netherlands is comprised mostly of coastal lowland and reclaimed land, with some hills in the southeast. Much of the land is below sea level and is traversed by rivers and canals. The capital is Amsterdam, but the government sits in The Hague (Den Haag).

Historical accounts of the Netherlands date from the 1st century BC when the Romans conquered Germanic and Celtic tribes. In 1848 the Netherlands became a parliamentary democracy, with a constitutional monarch. In the latter 19th century a period of economic expansion occurred. During World War II, however, the Netherlands suffered heavy destruction of infrastructure and its economy.

The Netherlands was among the founding members of NATO (the North Atlantic Treaty Organisation) as well as of the European Coal and Steel Community, which gradually evolved to become the European Union.
Currently, the population is just under 17 million. The median age is just over 40. The Netherlands is a very densely populated country. Approximately 22% of the land is used for agriculture and 82% of the people live in urban areas. The official and most-used language is Dutch.

The Dutch are a culturally liberal and tolerant people. Throughout history, Holland has produced many world-renowned artists and architects. In the Dutch Golden Age (roughly 17th century), Dutch trade, art, and science were among the most acclaimed in the world. The Dutch are known for their professionalism, no-nonsense attitude, perfectionism, and the way they separate their business and private lives. They are modern and progressive yet preserve their standards and values. They love the arts and cultural activities. Traditional cuisine in Holland is simple and straightforward.

While the cost of living in the Netherlands is among the lowest in Europe, actual living costs depend on lifestyle and on the city/town of residence. As in most countries, the big cities are more expensive than rural areas. The average total cost of living per month is estimated to be in the range of €750–€1,000, including accommodation €280–€600, food €240, books/stationery €70 and other €270. Bicycles are an extremely popular and cheap form of transport in the Netherlands. Students may be able to obtain discounts on some purchases if they have an international student card.

Costs will also vary according to the type of accommodation, transport, and each student’s financial situation. Types of accommodation available include on-campus; staying with a family or renting/sharing a flat. Higher education tuition fees range from €6,500–€32,000 per year for non-EU international students depending on the course and level of study.

Higher education is offered at three types of institutions: universities of applied sciences (hogescholen; Hoger Beroeps Onderwijs, HBO); research universities (universiteiten; Wetenschappelijk Onderwijs, WO); IE institutes (international education institutes). HBOs comprise general institutions and institutions specialising in a particular field and offer a more practically oriented professional education. The Netherlands has 40 government-funded universities of applied sciences. The largest enroll 20,000 to 39,000 students. Altogether some 365,000 students are enrolled on professional programmes.nWOs comprise general universities and universities specialising in specific faculties, e.g., engineering, law, social studies, and agriculture. The Netherlands has 14 (WO) universities. Amsterdam and Utrecht are the largest and Leiden, established in 1575, is the oldest. The Times Education Suppement ranks many of them in the top 200 in the world, and the others aren’t far off.

The third form of Dutch higher education (which has been offered for more than 50 years) are advanced courses taught in English in what is known as “international education” (IE). There are five large IE institutes and a number of smaller ones which all focus on development-oriented courses. These are based on working in small, intercultural groups and exchanging knowledge.

Though it is a non-English-speaking country, the Netherlands nevertheless offers most of its higher education programs and courses in English, with an emphasis on an international outlook. Dutch higher education institutions are known for being very high quality and for their student-centered approach.

Prospective international students should always check with the Netherlands embassy or consulate in their own country to ensure they have the most up-to-date information on visa/permit requirements and conditions. As issuing of visa applications can take three to six months, students must ensure they allow sufficient time for processing prior to their proposed date of commencement.

To enter the Netherlands for study purposes, most nationals except those from the EEA and several other specified countries, require a visa. There are different application procedures depending on nationality and length of stay. Students staying longer than three months may need to apply for a provisional residence permit. Students under the age of 18 will need parental/guardian permission. All international students must either produce evidence of multinational health coverage or take out health insurance while studying in the Netherlands. Cost of health insurance is €40–55 per month. 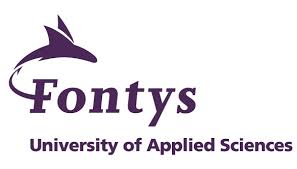