Latvia borders Estonia in the north, Lithuania in the south, the Baltic Sea with the Gulf of Riga in the west, Russia in the east, and Belarus in the southeast. Latvia is largely a fertile lowland with numerous lakes and hills to the east.

The History of Latvia began around 9000 BC with the end of the last glacial period in northern Europe. Ancient peoples appeared during the second millennium BC, and four distinct tribal realms in Latvia’s territories were identifiable towards the end of the first millennium AD. Latvia’s principal river, the Daugava River, was at the head of an important mainland route from the Baltic region through Russia into southern Europe and the Middle East that was used by the Vikings and later Nordic and German traders.

In the early medieval period, the region’s peoples resisted Christianization and became subject to attack in the Northern Crusades. Today’s capital, Riga, founded in 1201 by Teutonic colonists at the mouth of the Daugava, became a strategic base in a papally-sanctioned conquest of the area by the Livonian

Brothers of the Sword. It was to be the first major city of the southern Baltic and, after 1282, a principal trading centre in the Hanseatic League. By the 16th century, Germanic dominance in the region was increasingly challenged by other powers.

Due to Latvia’s strategic location and prosperous city of Riga, its territories were a frequent focal point for conflict and conquest between at least four major powers: the State of the Teutonic Order (later Germany), the Polish–Lithuanian Common wealth, Sweden and Russia. The longest period of external hegemony in the modern period began in 1710, when control over Riga switched from Sweden to Russia during the Great Northern War. Under Russian control, Latvia was in the vanguard of industrialization and the abolition of serfdom, so that by the end of the 19th century, it had become one of the most developed parts of the Russian Empire. The increasing social problems and rising discontent that this brought meant that Riga also played a leading role in the 1905 Russian Revolution.

A Latvian National Awakening arose in the 1850s and continued to bear fruit after World War I when, after two years of struggle in the Russian Civil War, Latvia finally won sovereign independence, as recognized by Russia in 1920 and by the international community in 1921. Latvia’s independent status was interrupted at the outset of World War II in 1940, when the country was forcibly incorporated into the Soviet Union, invaded and occupied by Nazi Germany in 1941, then retaken by the Soviets in 1944–45.

From the mid-1940s, the country was subject to Soviet economic control and saw considerable Russification of its peoples. However, Latvian culture and infrastructures survived and, during the period of Soviet liberalization under Mikhail Gorbachev, Latvia once again took a path towards independence, eventually succeeding in August 1991 to be recognized by Russia the following month. Since then, under restored independence, Latvia has become a member of the United Nations, entered NATO and joined the European Union

During 2015 Latvia population is estimated to be decreased by -11 929 people and reach 1 986 173 in the beginning of 2016. The number of deaths will exceed the number of live births by 7 273, so the natural increase is expected to be negative. If external migration will remain on the previous year level, the population will be declined by 4 656 due to the migration reasons. It means that amount of people who leaves Latvia to settle permanently in another country (emigrants) will prevail over the amount of people who moves into the country (to which they are not native) in order to settle there as permanent residents (immigrants).

Around two million stories, one for each Latvian, are like threads in the rich fabric of our society. The people of Latvia share many distinctive qualities which make them stand out among other nations.

It is true that Latvians do not speak much. However, when they do, they can speak on average in three different languages. This is well above the global and European standard. 9 out of 10 people in Latvia speak Latvian which is the official language. Most popular foreign languages are English, Russian, German, as well as French and the Nordic languages.

Politeness and tolerance are virtues shared by most Latvians. Ethnic Latvians – the majority – have peacefully coexisted with at least 150 other ethnic minority communities. There have been no incidents of interethnic violence in the Republic of Latvia that shows the general respect for diversity.

Freedom of belief is yet another component of tolerance in Latvia. Religious freedom and an ecumenical tradition have attracted a wide variety of believers, many fleeing from persecution abroad. At the same time, the society is the second most secular in Europe after Estonians. Most believers follow the Evangelic Lutheran, Roman Catholic and Russian Orthodox denominations.

Tolerance in Latvia goes hand in hand with equal opportunities. Latvia is at the vanguard of women empowerment. Latvian women received the right to vote already in 1920 and frequently reach top political posts. Latvia today has the highest proportion of female top executives in Europe (the second-best in the world). Women currently form at least a half of the workforce.

The people of Latvia work hard to make their country a gem in the crown of nations. Latvians are among leaders in Europe by the amount of real working hours. The success of Latvians is a combination of work ethic and a sound fundamental education. Almost 5 percent of all are students and a great majority, especially the youth, obtain university education.

With their mind and work Latvians can handle everything. Turbulent history is the only variable beyond control, always twisting and turning the destinies of Latvian society. Frequent migration due to wars, political and economic troubles is well known during the last millennium. The 20th century brought the greatest changes, especially as a result of World War II. Many perished or left into exile and several communities were devastated.

Still, the society of Latvia has withstood and dealt with most challenges. Latvian vitality and fortitude makes them the greatest treasure of the country. It is rich in what it has gone through and still welcomes anyone with a genuine interest in getting to know it better. This is what the people of Latvia are known for.

The standard of living is much lower in Latvia compared to the more developed European states. The average wage is also not competitive in comparison with Europe. The average gross monthly wage in Latvia in the4th quarter of 2013 was EUR 737.

The monthly subsistence minimum for a basket of goods and services for one person in December 2013 was approximately EUR 252.19. Income tax and social insurance contributions are not included in calculations of the subsistence minimum.

30-40% of the average monthly wage is spent on rent and utility payments. Average consumer prices in Latvia do not differ significantly from average prices in other European countries.

In 1996, the gross primary enrollment rate was 95.8 percent, while the net primary enrollment rate was 89.5 percent. The number of children who do not attend primary school was increasing as of 2001. In rural areas, a number of schools have been closed. The place allocated to minority languages in secondary education after the 2004 minority school transfer to bilingual education (60% in Latvian and 40% in the minority language) was an issue of protests in 2003-2004 and was opposed by Russian School Defense Staff and Association in Support of Russian Language Schools. 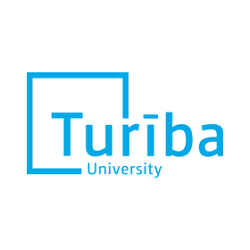