Norway has an elongated shape, one of the longest and most rugged coastlines in the world, and some 50,000 islands off its much-indented coastline. It is one of the world’s northernmost countries, and it is one of Europe’s most mountainous countries, with large areas dominated by the Scandinavian Mountains. The country’s average elevation is 460 meters (1,510 ft), and 32 percent of the mainland is located above the tree line. Its country-length chain of peaks is geologically continuous with the mountains of Scotland, Ireland, and, after crossing under the Atlantic Ocean, the Appalachian Mountains of North America. Geologists hold that all these formed a single range prior to the breakup of the ancient supercontinent Pangaea.

The history of Norway has been influenced to an extraordinary degree by the terrain and the climate of the region. About 10,000 BC, following the retreat of the great inland ice sheets, the earliest inhabitants migrated north into the territory which is now Norway. They traveled steadily northwards along the coastal areas, warmed by the Gulf Stream, where life was more bearable. In order to survive they fished and hunted reindeer (and other prey). Between 5,000 BC and 4,000 BC the earliest agricultural settlements appeared around the Oslofjord. Gradually, between 1500 BC and 500 BC, these agricultural settlements spread into the southern areas of Norway – whilst the inhabitants of the northern regions continued to hunt and fish.

After Sweden left the union in 1523, Norway became the junior partner in Denmark–Norway. The Reformation was introduced in 1537 and absolute monarchy imposed in 1661. In 1814, after being on the losing side of the Napoleonic Wars with Denmark, Norway was ceded to the king of Sweden by the Treaty of Kiel. Norway declared its independence and adopted a constitution. However, no foreign powers recognized the Norwegian independence but supported the Swedish demand for Norway to comply with the treaty of Kiel. After a short war with Sweden, the countries concluded the Convention of Moss, in which Norway accepted a personal union with Sweden, keeping its Constitution, Storting and separate institutions, except for the foreign service. The union was formally established after the extraordinary Storting adopted the necessary amendments to the Constitution and elected Charles XIII of Sweden as king of Norway on 4 November 1814.

Industrialization started in the 1840s and from the 1860s large-scale emigration to North America took place. In 1884 the king appointed Johan Sverdrup as prime minister, thus establishing parliamentarism. The union with Sweden was dissolved in 1905. From the 1880s to the 1920s, Norwegians such as Roald Amundsen and Fridtjof Nansen carried out a series of important polar expeditions.

Shipping and hydroelectricity were important sources of income for the country. The following decades saw a fluctuating economy and the rise of the labor movement. Germany occupied Norway between 1940 and 1945 during the Second World War, after which Norway joined NATO and underwent a period of reconstruction under public planning. Oil was discovered in 1969 and by 1995 Norway was the world’s second-largest exporter. This resulted in a large increase of wealth. From the 1980s Norway started deregulation in many sectors and experienced a banking crisis.

By the 21st century, Norway became one of the world’s most prosperous countries with oil and gas production accounting for 20 percent of its economy. By reinvesting its oil revenues, Norway had the world’s largest sovereign wealth fund in 2017.

In 2012, an official study showed that 86% of the total population have at least one parent who was born in Norway.

Norway’s population was 5.328 million in 2019. Norwegians are an ethnic North Germanic people. Since the late 20th century, Norway has attracted immigrants from southern and central Europe, the Mideast, Africa, Asia and beyond.

The culture of Norway is closely linked to the country’s history and geography. The unique Norwegian farm culture, sustained to this day, has resulted not only from scarce resources and a harsh climate but also from ancient property laws. In the 19th century, it brought about a strong romantic nationalistic movement, which is still visible in the Norwegian language and media. In the 19th century, Norwegian culture blossomed as efforts continued to achieve an independent identity in the areas of literature, art and music. This continues today in the performing arts and as a result of government support for exhibitions, cultural projects and artwork.

The cost of living is high in Norway but there is some consolation for expats that high salaries offset some of these costs, as do some of the public services offered by the Norway Welfare state.

Oslo which is the capital city of Norway was ranked 76th out of 209 countries in Mercer’s Cost of Living Survey for the year 2020. While many things are expensive in Norway, it is to highly considered that the Social and education benefits make up for it.

The average cost of living in Norway will depend on the lifestyle you lead and where in the country you choose to settle. Generally, though, you can expect to spend between 20,000 to 40,000 NOK (2,176–4,352 USD) per month to live in this Nordic country.

Organized education in Norway dates as far back as medieval times. Shortly after Norway became an archdiocese in 1153, cathedral schools were constructed to educate priests in Trondheim, Oslo, Bergen and Hamar.

In 1736 training in reading was made compulsory for all children, but was not effective until some years later, when ambulatory schools were also established. In 1827, Norway introduced the folkeskole (people’s school), a primary school which became mandatory for 7 years in 1889 and 9 years in 1969. In the 1970s and 1980s, the folkeskole was abolished, and the grunnskole (foundation school) was introduced.

The Norwegian school system can be divided into three parts: Elementary school, lower secondary school, and upper secondary school. The Barneskole and Ungdomsskole levels are compulsory, and are commonly referred to as Grunnskole (literally translates to “‘base-school”).

In 2009, Norwegian fifteen-year-olds performed better in OECDs Program for International Student Assessment than other Scandinavian countries, with significant improvement since 2006.

Since the introduction of the reform Kunnskapsløftet (“the knowledge promise” or “the lifting of knowledge”, the word løfte having two meanings) in the fall of 2006, a student can apply for a general study (studiespesialisering) or a vocational studies (yrkesfag) path. Inside these main paths there are many sub-paths to follow.

Students graduating upper secondary school are called Russ in Norwegian. They often celebrate with parties and festivities, which, impractically, are held a few weeks before the final examinations of the final year.

Higher education is anything beyond upper secondary school, and normally lasts 3 years or more. To be accepted to most higher education schools you must have attained a general university admissions certificate. This can be achieved by taking general studies while in upper secondary school. Some degrees also require special electives in second and third grade (e.g. math’s and physics for engineering studies.

The total number of international students studying in Norway was approximately 296,182 in 2019 which has increased over the past few years.

Most Norwegian higher education institutions do not charge tuition fees. This has gradually become a comparative advantage, as an increasing number of neighboring countries have introduced fees for students from outside Europe. Hence, there may be economic rationales for choosing Norway as a study destination, despite high costs of living. Students from developing countries may qualify for funding from the Norwegian government, while students from other countries have to cover all expenses themselves.

Higher education institutions have economic incentives other than tuition fees for attracting international students. A reform in Norwegian higher education implemented in 2003 introduced a performance-based funding system (Frölich, 2006). Higher education institutions are rewarded for the number of credit points awarded, implying a stronger focus on attracting students in general. A significant increase in the number of courses and programs in English has facilitated recruitment of international students (Wiers-Jenssen, 2019).

International students cited courses in English and absence of tuition fees as the most frequently reported motives for studying in Norway (Diku, 2019a; Wiers-Jenssen, 2019). The latter is particularly important for students undertaking a full degree in Norway. Features of Norway, such as peaceful, safe, and technologically advanced society and unspoiled countryside are also accentuated. As these characteristics were present also before the number of international students started to grow, such motives must be understood in relation to conditions that have changed, such as availability of courses in English. Beautiful scenery and safety would have limited attractional value if courses in English were not offered.

Quality is a less highlighted reason for choosing Norway as a study destination. But even if perceived quality is not a main attraction, international students in general give positive assessments of the quality of their education (Diku, 2019a). They cope quite well with academic demands, and their main challenges seem to be dealing with the high living expenses and limited interaction with Norwegians. The latter represents a challenge also for higher education institutions, as a major rationale for recruiting international students is to enhance “internationalization at home” (exposing Norwegian students and faculty to perspectives from abroad). If interaction is scarce, so is the exchange of ideas and perspectives. 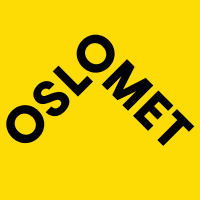 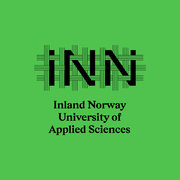 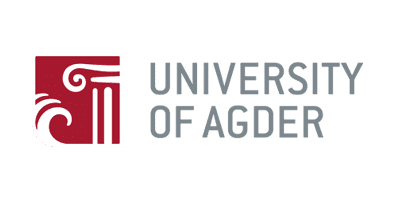