New Zealand is an island country located in the south-western Pacific Ocean, near the center of the water hemisphere. It consists of a large number of islands, estimated around 600, mainly remnants of a larger land mass now beneath the sea. The two main islands by size are the North Island and the South Island, separated by the Cook Strait. The third-largest is Stewart Island, located 30 kilometers (19 miles) off the tip of the South Island across Foveaux Strait. Other islands are significantly smaller in area. The three largest islands stretch 1,500 kilometers (930 miles). New Zealand is the sixth-largest island country in the world, with a land size of 267,710 km2 (103,360 sq mi).

New Zealand’s terrain ranges from the fiord-like sounds of the southwest to the sandy beaches of the far north. The South Island is dominated by the Southern Alps while a volcanic plateau covers much of the central North Island. Temperatures rarely fall below 0 °C or rise above 30 °C and conditions vary from wet and cold on the South Island’s west coast to dry and continental a short distance away across the mountains and near subtropical in the northern reaches of the North Island.

About two-thirds of the land is economically useful, the remainder being mountainous. The vast majority of New Zealand’s population lives on the North and South Islands. The largest urban area is Auckland, in the north of the North Island.

The country is situated about 2,000 kilometers (1,200 miles) south-east of Australia across the Tasman Sea, its closest neighbors to the north being New Caledonia, Tonga and Fiji. It is the southernmost nation in Oceania. The relative proximity of New Zealand north of Antarctica has made the South Island a gateway for scientific expeditions to the continent.

Owing to their remoteness, the islands of New Zealand were the last large habitable lands to be settled by humans. Between about 1280 and 1350, Polynesians began to settle in the islands, and then developed a distinctive Māori culture. In 1642, Dutch explorer Abel Tasman became the first European to sight New Zealand. In 1840, representatives of the United Kingdom and Māori chiefs signed the Treaty of Waitangi, which declared British sovereignty over the islands. In 1841, New Zealand became a colony within the British Empire and in 1907 it became a dominion; it gained full statutory independence in 1947 and the British monarch remained the head of state. Today, the majority of New Zealand’s population of 5 million is of European descent; the indigenous Māori are the largest minority, followed by Asians and Pacific Islanders. Reflecting this, New Zealand’s culture is mainly derived from Māori and early British settlers, with recent broadening arising from increased immigration. The official languages are English, Māori, and New Zealand Sign Language, with English being very dominant.

A developed country, New Zealand ranks highly in international comparisons of national performance, such as quality of life, education, protection of civil liberties, government transparency, and economic freedom. New Zealand underwent major economic changes during the 1980s, which transformed it from a protectionist to a liberalized free-trade economy. The service sector dominates the national economy, followed by the industrial sector, and agriculture; international tourism is a significant source of revenue. Nationally, legislative authority is vested in an elected, unicameral Parliament, while executive political power is exercised by the Cabinet, led by the prime minister, currently Jacinda Ardern. Queen Elizabeth II is the country’s monarch and is represented by a governor-general, currently Dame Patsy Reddy. In addition, New Zealand is organized into 11 regional councils and 67 territorial authorities for local government purposes.

New Zealand is a member of the United Nations, Commonwealth of Nations, ANZUS, Organization for Economic Co-operation and Development, ASEAN Plus Six, Asia-Pacific Economic Cooperation, the Pacific Community and the Pacific Islands Forum.

The demographics of New Zealand encompass the gender, ethnic, religious, geographic, and economic backgrounds of the 5 million people living in New Zealand. New Zealanders, informally known as “Kiwis”, predominantly live in urban areas on the North Island. The five largest cities are Auckland (with approximately one-third of the country’s population), Christchurch (in the South Island, the largest island of the New Zealand archipelago), Wellington, Hamilton, and Tauranga.

Farming is a major occupation in New Zealand, although more people are employed as sales assistants.

The culture of New Zealand is essentially a Western culture influenced by the unique environment and geographic isolation of the islands, and the cultural input of the indigenous Māori people and the various waves of multi-ethnic migration which followed the British colonization of New Zealand.

Polynesian explorers reached the islands between 1250 and 1300. Over the ensuing centuries of Polynesian expansion and settlement, Māori culture developed from its Polynesian roots. Māori established separate tribes, built fortified villages, hunted and fished, traded commodities, developed agriculture, arts and weaponry, and kept a detailed oral history. Regular European contact began from 1800, and British immigration proceeded rapidly, especially from 1855. Colonists had a dramatic effect on the Māori, bringing Christianity, advanced technology, the English language, numeracy and literacy. In 1840 Māori chiefs signed the Treaty of Waitangi, intended to enable the tribes to live peacefully with the colonists. However, after several incidents, the New Zealand Wars broke out from 1845, with Māori suffering a loss of land, partly through confiscation, but mainly through widespread and extensive land sales. Māori retained their identity, mostly choosing to live separately from settlers and continuing to speak and write te reo Māori. With mass migration from Britain, a high Māori death rate and low life expectancy for Māori women, the indigenous population figure dropped between 1850 and 1930, becoming a minority.

European New Zealanders, despite their location far from Europe, retained strong cultural ties to “Mother England”. These ties were weakened by the demise of the British Empire and loss of special access to British meat and dairy markets. Pākehā began to forge a separate identity influenced by their pioneering history, a rural lifestyle and New Zealand’s unique environment. Pākehā culture became prevalent after the wars, but after sustained political efforts, biculturalism and the Treaty of Waitangi became part of the school curriculum in the late 20th century, to promote understanding between Māori and Pākehā.

More recently, New Zealand culture has been broadened by globalization and immigration from the Pacific Islands, East Asia and South Asia. Non-Māori Polynesian cultures are apparent, with Pasifika, the world’s largest Polynesian festival, now an annual event in Auckland.

The development of a New Zealand identity and national character, separate from the British colonial identity, is most often linked with the period surrounding World War I, which gave rise to the concept of the Anzac spirit. Many citizens prefer to minimize ethnic divisions, simply calling themselves New Zealanders or, informally, “Kiwis”. New Zealand marks two national days of remembrance, Waitangi Day and Anzac Day, and also celebrates holidays during or close to the anniversaries of the founding dates of each province. New Zealand has two national anthems of equal status, “God Save the Queen” and “God Defend New Zealand” – the latter of which is often sung with alternating Māori and English verses.

New Zealand is consistently ranked as one of the best countries to live in. However, its natural beauty comes at a high price. The average cost of living in New Zealand is not so attractive. In fact, a family a four spends around 6,000 NZD to 8,000 NZD (3,600 to 4,800 USD) per month. New Zealand is a remote island country, and most goods have to be imported. High import taxes, and the fact that many sectors lack competitors, drive up prices.

Another reason for the country’s high cost of living is tourists. According to the World Economic Forum, New Zealand ranks 104th in the world for tourism affordability. Prices go steadily up because tourists are willing to pay big money for their New Zealand experience.

The education system in New Zealand is a three-tier model which includes primary and intermediate schools, followed by secondary schools (high schools) and tertiary education at universities and polytechnics.

Education in New Zealand is a student-centered pathway providing continuous learning progression and choice so that:

Our education system reflects our unique and diverse society. We welcome different abilities, religious beliefs, ethnic groups, income levels and ideas about teaching and learning. We have processes in place to give our students consistent, high-quality education at all levels.

Over the past three years, the number of foreign nationals studying full time at domestic universities has increased. 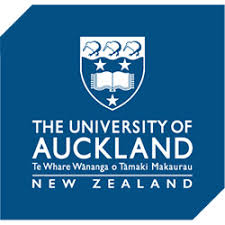